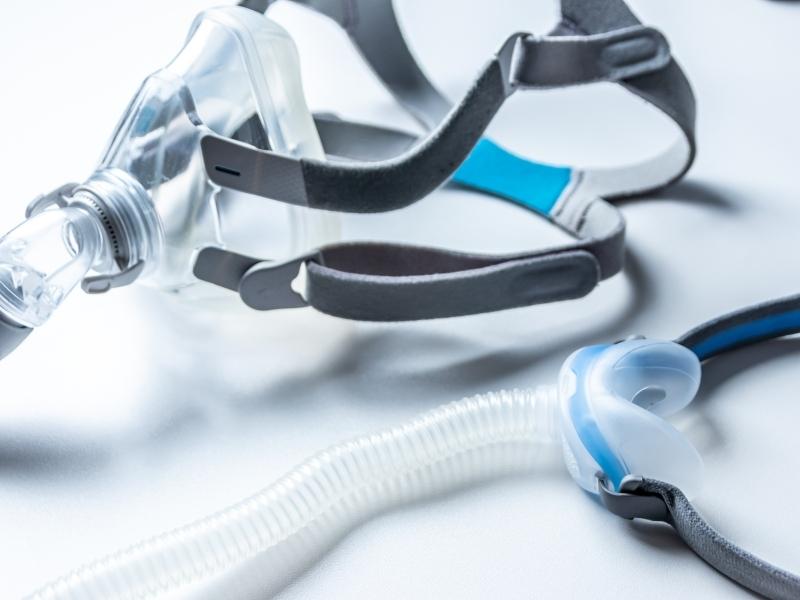 We all know someone who is “supposed” to wear their CPAP machine but doesn’t. The one who went through the process of having a custom dental appliance made but doesn’t bother to wear it. The one who continues to suffer from sleep deprivation because even when they did what they were “supposed” to do, they still felt exhausted and sick. Maybe… they were missing something, something pretty important. Perhaps they were forgetting about the part of their airway that may just be responsible for up to half of the problem… their NOSE!

Nasal obstruction is common in sleep apnea, contributes to OSA, and interferes with the tolerance of OSA treatment with continuous positive airway pressure (CPAP) or oral appliances. 1 This is a big problem when we consider that approximately 18% of the adult population in the USA are silently (or not so silently) suffering from sleep apnea.

James Nestor, the author of the NY Times best-selling book Breath: The New Science of a Lost Art says “When the nasal cavity gets congested, airflow decreases and bacteria flourish. These bacteria replicate and can lead to infections and colds and more congestion. Congestion begets congestion, which gives us no other option but to habitually breathe from the mouth.” 2 So, it would make logical sense that when looking to treat any form of sleep-disordered breathing we would need to first consider the nose. Humans as a species are designed to breathe through our noses. The nose cleans, warms and humidifies the air we breathe. It filters out allergens, viruses, bacteria and acts as a main contributor to the strength of our immune system. Breathing through our nose slows our respiratory rate which in turn results in better oxygen saturation and better control of our stress response. It also releases nitric oxide from the sinuses which is otherwise bypassed if breathing orally. There are many benefits to nasal breathing that affect various important pathways in the body. Unfortunately, for many people, the nasal passage is compromised by a number of factors such as anatomical abnormalities, enlarged turbinates, environmental contaminants, and inflammation.

Nasal obstruction or congestion is one of the most common symptoms encountered in primary care and specialist clinics, and it is the symptom that is most bothersome to patients. Mucosal inflammation is the primary pathophysiological mechanism leading to congestion in common upper respiratory diseases, such as allergic rhinitis, rhinosinusitis, and nasal polyposis. 3 Common treatment approaches for the relief of nasal congestion to date have been the use of nasal steroids or decongestant sprays which have limited efficacy and can be addicting, causing a rebound inflammation. The next step would be surgical interventions which can be costly and come with an uncomfortable post operative healing period. Nasal congestion affects a significant amount of the population and has a notable impact on quality of life, emotional function, productivity, and the ability to perform daily activities. Congestion tends to be worse at night because it is harder for the nose and sinuses to drain while lying down which studies show can have a big impact on sleep quality. In fact, people with chronic sinusitis are three to nine times more likely to experience sleep disturbances with frequent nighttime awakenings. 4 Ignoring this common symptom is essentially ignoring the primary component of upper airway resistance and therefore true alleviation of sleep-disordered breathing will not be achieved.

Alaxo offers a new, innovative and revolutionary line of Airway Stents that are changing the way healthcare providers address nasal congestion. The stents are designed to mechanically open the restricted nasal passage resulting in better airflow and reduced airway resistance. When the nasal airway is addressed in this manner, patients can benefit from having an unrestricted nasal passage by which to breathe.

The nose usually accounts for 50–60% of the total airway resistance, and the anterior part of the nose, including the nasal valve, contributes most to total nasal resistance (NR) in a normal nasal airway. 5 Alaxo Airway Stents have been clinically proven to increase nasal airflow by 123% and are designed to be easily inserted by the patient whenever necessary day or night. The unique design of the stents does not interfere with a nasal CPAP mask and in many cases, by using the stents to open the airway, a reduced CPAP pressure can be utilized and a much more tolerable experience is achieved.

More and more people are now opting to use an oral appliance for their sleep disordered breathing instead of a CPAP due to the increased tolerability of wearing the device throughout the entire night. Airway Stents added to their OAT to address the nasal passage is an easy and comfortable way to potentially increase effectiveness if there is a known nasal patency issue. By bringing awareness to nasal breathing and keeping the mouth closed, the stents help to retrain the user to breathe as nature intended.

The combination of different treatment options for the alleviation of OSA is clearly underestimated, undervalued and under-investigated in the field of sleep medicine. In order to reach the target, preferably an alleviation of the disease, it might indeed be necessary to prescribe two or more therapies with adjunctive therapies used as needed to supplement the primary treatment options. 6 Alaxo Airway Stents are an effective and tolerable therapy that can be added to anyone’s current OSA treatment protocol to improve outcomes.

Even without a diagnosis of sleep apnea, patients can still present with symptoms that need to be addressed for optimal wellness. Snoring is extremely disruptive, not only to an individual’s quality of sleep but also to their bed partner. Loud noise and micro-arousals throughout the night, result in daytime fatigue, lack of energy and an overall feeling of depletion. Airway Stents can be worn as a stand-alone therapy in this situation or combined with mouth taping to help convert someone back into primarily nasal breathing and can often eliminate snoring from occurring.

Talk to your doctor or dental sleep specialist about adding Airway Stents to your current therapy to get the rest you deserve so you can perform at your highest level.

5 The role of the nose in the pathogenesis of obstructive sleep apnoea and snoring
M. Kohler*, K.E. Bloch#,” and J.R. Stradling*

Using Nasal Stents for Congestion
Why All The Fuss About Breathing?