The Nose Knows No Equal 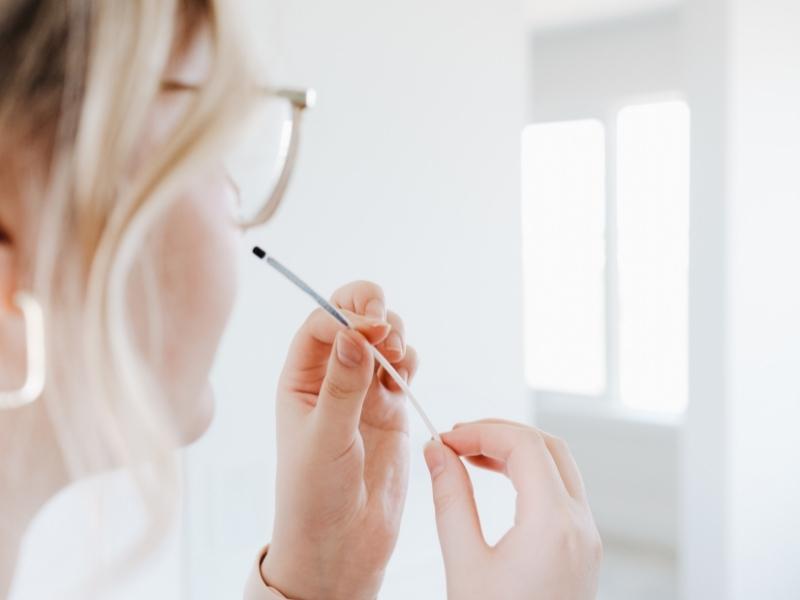 The Importance of Nose Breathing

In the breathing world, we hear a lot about the importance of nose breathing, but, is it really that important? The answer can be summed up in one single emphatic word…YES!!!

The mammalian nose is truly a marvel of evolution. From the nasal turbinates (or conchae) that cause the air to spin in a particular way that allows it to penetrate deeper into the lungs, along with warming and humidifying the air, to the nasal cilia, the tiny hairs that line the nostrils, of which we have more than we do hairs on our head! These tiny cilia help to filter out bacteria, dust, dirt and other microbes out of the air to prevent these unwanted intruders from entering deeper into our respiratory tract. The cilia, along with the noses ability to produce mucous, do a great deal to improve the quality of the air we breathe when we are in environments with compromised air quality.

Due to their smaller diameter, breathing in and out through the nose helps to reduce the volume of our respiration. This is a critical factor that plays a huge role in energy production in the body and also the state of our nervous system. Breathing in and out through the mouth increases the volume we are breathing and generally also increases the respiratory rate. We will talk more about volume and how this affects energy production in an upcoming post! For right now, know that in the world of breathing, in general, unless you are doing a breathing exercise, less is more!

Interestingly, nose breathing is also important for helping us to stay hydrated. Due to the fact that gas exchange of oxygen and carbon dioxide happen in the lungs in a moist environment, when we breathe out through the mouth we lose moisture, whereas when we breathe more slowly out through the nose, much of that moisture is retained. In a similar way to how we become dehydrated when we are speaking a lot, chronic mouth breathing leads to dehydration in the body.

Mouth breathing also leads to a drying out of the tissues of the mouth, gums and the teeth. When the structures of the mouth dry out, this can lead to a change in the chemistry of the mouth and also the composition of the oral microbiome which can lead to issues with teeth, gums and can cause bad breath!
Nose breathing also plays a huge role in the development of the muscles and bones of the face and jaw. Nasal breathing encourages proper tongue placement on the roof of the mouth which affects not only the structure of the jaw and teeth but the integrity of the fascia in the body all the way to the tips of our toes!

The effects of mouth breathing on the structure of the facial bones and jaw is absolutely astounding! Nose breathing actually makes us look far more attractive! Nose breathing encourages good definition of the cheekbones, nose and chin, as well as widens both the jaw and the face. This allows for healthy airways and nose breathing also helps to reduce bags under the eyes and wrinkles!

What is Nitric Oxide?

If all of the above reasons haven’t been enough to convince you that nose breathing is important, perhaps understanding the production of nitric oxide as a result of nose breathing will! Nitric oxide is a fascinating compound that was discovered way back in the 1700’s, but it wasn’t well understood what role it played in the body until the 1980’s and 90’s. Dr. Louis Ignarro, along with two other scientists, Dr. Robert Furchgott and Dr. Ferid Murad actually won a Nobel Prize for their work in understanding the role of nitric oxide and it was named molecule of the year in 1992.

Another one of nitric oxides amazing properties is that it is antibacterial and antiviral so it helps to kill off microbes that could be harmful to the body as they enter through the nasal passages. When we breathe through the nose we produce from 5 to 20 times as much nitric oxide as when we breathe in and out through the mouth. UP TO 20X!!! That is huge when we are living in a world where we can be exposed pathogens on a regular basis. Nitric oxide has also been studied and proven to be effective at killing COVID-19 when used exogenously.

Why Don’t People Breathe Through Their Nose?

So, I guess the question at this point is, why doesn’t everybody breathe through their nose? There are lots of possible reasons, but I’ll cover a few here. One relates to traumatic injury or congestion. Many people with nose injuries will get initial inflammation and congestion in the airways that causes them to start mouth breathing. Mouth breathing begets mouth breathing. Once someone starts to mouth breathe, it is a self reinforcing feedback loop. They think they can’t nose breathe and because they are mouth breathing it is creating the conditions in the body to support that claim.

If we have allergies or some other form of congestion, that can begin to create that same type of feedback loop. As more and more people become more sensitive to allergens, this becomes more of an issue. My own personal belief is that this has an impact on children as well. Children are being born more sensitive to environmental and food allergens and are often fed mucous forming foods unbeknownst to their parents. This causes the children to begin mouth breathing at an early age and causes the skeletal changes that make nasal breathing difficult and the problem exacerbates as they develop.

I believe another huge contributing factor is stress. Because we are living stressful lives and because there is a lack of awareness as to the importance of nose breathing when people become stressed they start to mouth breathe because it helps them to relax. Breathing is a behaviour and we can adapt that behaviour in order to help us cope with stress as we would any other coping mechanism. Once that coping mechanism becomes habitual it gets hard to switch back because of the aforementioned changes that occur.

The interesting thing is that because breathing is so important (ie if you don’t breathe you die), our body has created THE MOST uncomfortable signal in order to get you to keep breathing. When you need to breathe, you feel like you are going to die. The thing that most people don’t realize is that this is a false alarm! Eventually, you will of course die if you don’t breathe, however, breathing is so important that this alarm sounds early – it is a prediction of a future emergency, not an imminent one. So the key to adapting to nose breathing if you are a habitual mouth breather is to learn to get good at being uncomfortable. That discomfort can help you to create a healthy body and mind which is well worth the short-term discomfort, and in a world where resiliency is becoming increasingly important, the benefits of voluntary discomfort are extra valuable!

So in short, start to bring more awareness to your breathing and start to try and direct your breath through your nose. Over time it will become easier and we will share more about how to make that transition in future blog posts. Thanks for reading!

Jeff Sorensen is the founder of breathARMY. His mission is to educate, inspire and empower people to live to their true potential. He offers tools to break through the structures that hold us back from living and expressing that potential in the world. Jeff has studied, mentored and trained with some of the world’s leading experts in breathwork and movement. Wim Hof, Brian Mackenzie, Patrick McKeown, Irene Lyon, Jhenneviev Heartt and David Shannahoff Khalsa are a few of the influences that have led to the creation of breathARMY, a unique offering of breathwork, movement modalities, meditation and exposure to nature and natural stressors that help us to reconnect to our true nature.

Jeff is an international best selling author, paramedic and resides in Kelowna, BC. Jeff is currently the Head of Experience for Entheotech Bioscience and runs the facilitation and integration of EntheoMed Ketamine Suite in Kelowna, BC.

Why All The Fuss About Breathing?
Breath: The Remote Control of Your Nervous System and Brain

Breath: The Remote Control of Your Nervous Sy...

END_OF_DOCUMENT_TOKEN_TO_BE_REPLACED

Why All The Fuss About Breathing?